NKYAB
Search
Our Story.  The NKYAB launched in 2011 with a simple yet powerful premise:
“High school students need to have more opportunities to be empowered to guide their own learning, to make a difference in the lives of others, and to make critical decisions that will lead to action - that will impact the world in which they live.”   - Tim Hanner,  2011.

Former Kenton Co. Superintendent and Navigo Founder Tim Hanner sought to expand on a successful program he created for his district called “Hanner’s Heroes.”     Each month, he would meet with high school leaders and what Tim calls “student magnets” to tackle Two Big Questions:
What will it take for ALL students to be successful?
How can students help to make it happen?
​ 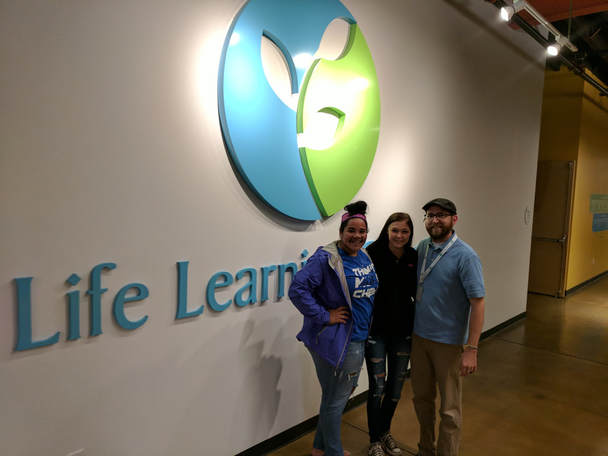 2019-2020 School Year:  NKYAB convenes at the Life Learning Center in Covington.
In addition to state-of-the-art facilities, the site offers students the chance to engage in meaningful service projects​“on-site.”   They also will get the opportunity to create a student-run television program showcasing their service projects that will appear on TBNK Cable this Spring.
Life Learning Center's Mitch Haralson hosts the NKYAB students and works with them each month on the on-site service.

Steve Oldfield has taught high school, college and adult learners for more than a decade.  Students he mentored at Villa Madonna Academy have excelled at Harvard, USC Film School, MIT and Northwestern, his alma mater.   Steve is a member of the Alumni Admissions Council at NU.  He is part of the Communication Dept. faculty at Thomas More University and he also has taught at the University of Cincinnati, NKU.
In addition to teaching, Steve has worked as a television reporter, anchor and producer around the country. He has directed award-winning documentaries that have appeared on KET and in film festivals from Amsterdam to Southern California.  His photography has been exhibited by LibArts London and The Photo Review among other venues.   He created the traveling art exhibit, Lineillism Revealed, showcasing the work of painter Jim Hall.   Steve created and supervises the Student Service Network and the Student Service Film Festival at Children, Inc., covering student service projects and giving video, photographs and news stories to local print, broadcast and online media.
Steve is a graduate of the Covington Latin School, Northwestern University, NKU's Master of Public History Program and he received fellowships to Georgetown University's Institute on Political Journalism and the Poynter Institute.